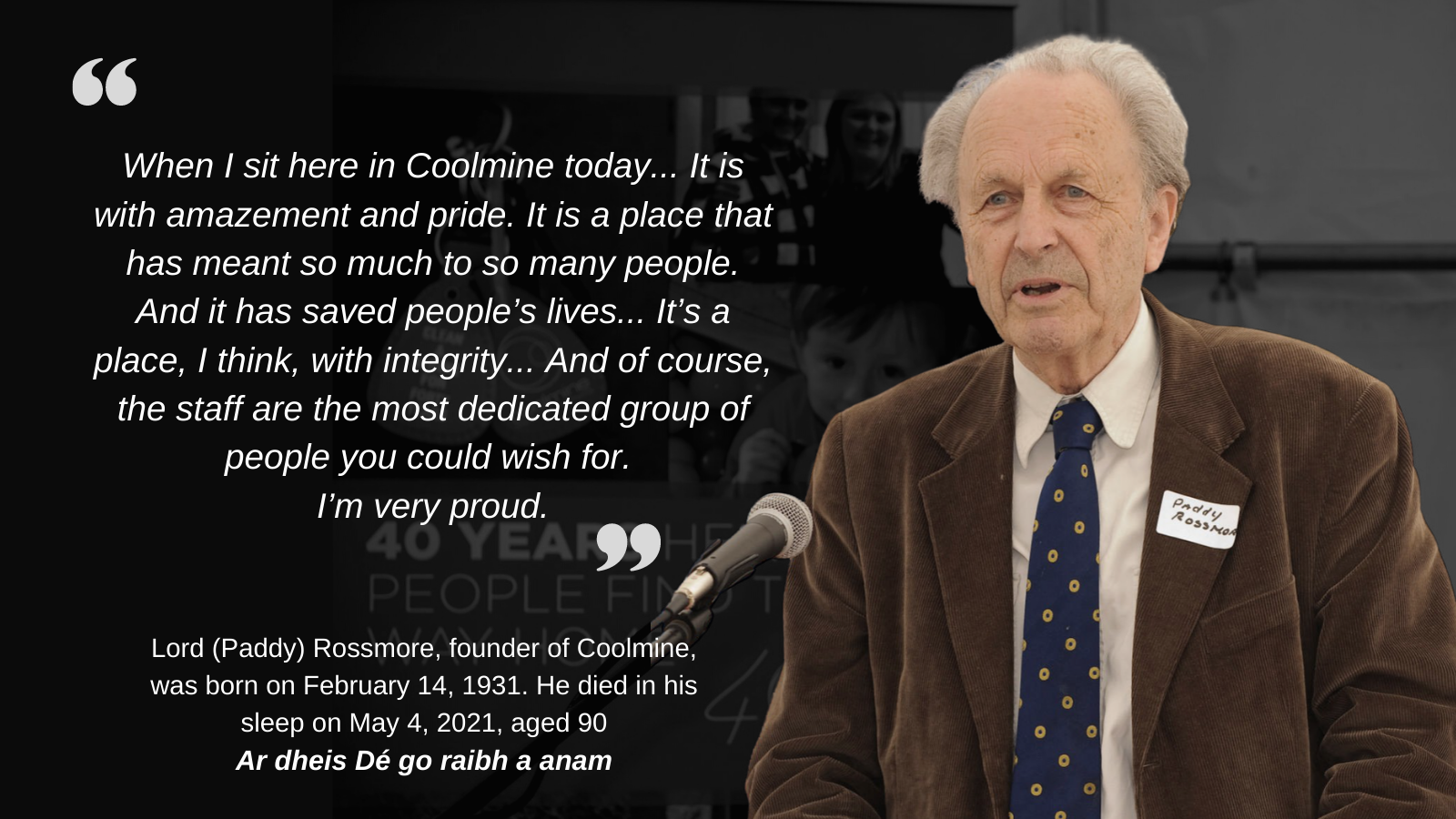 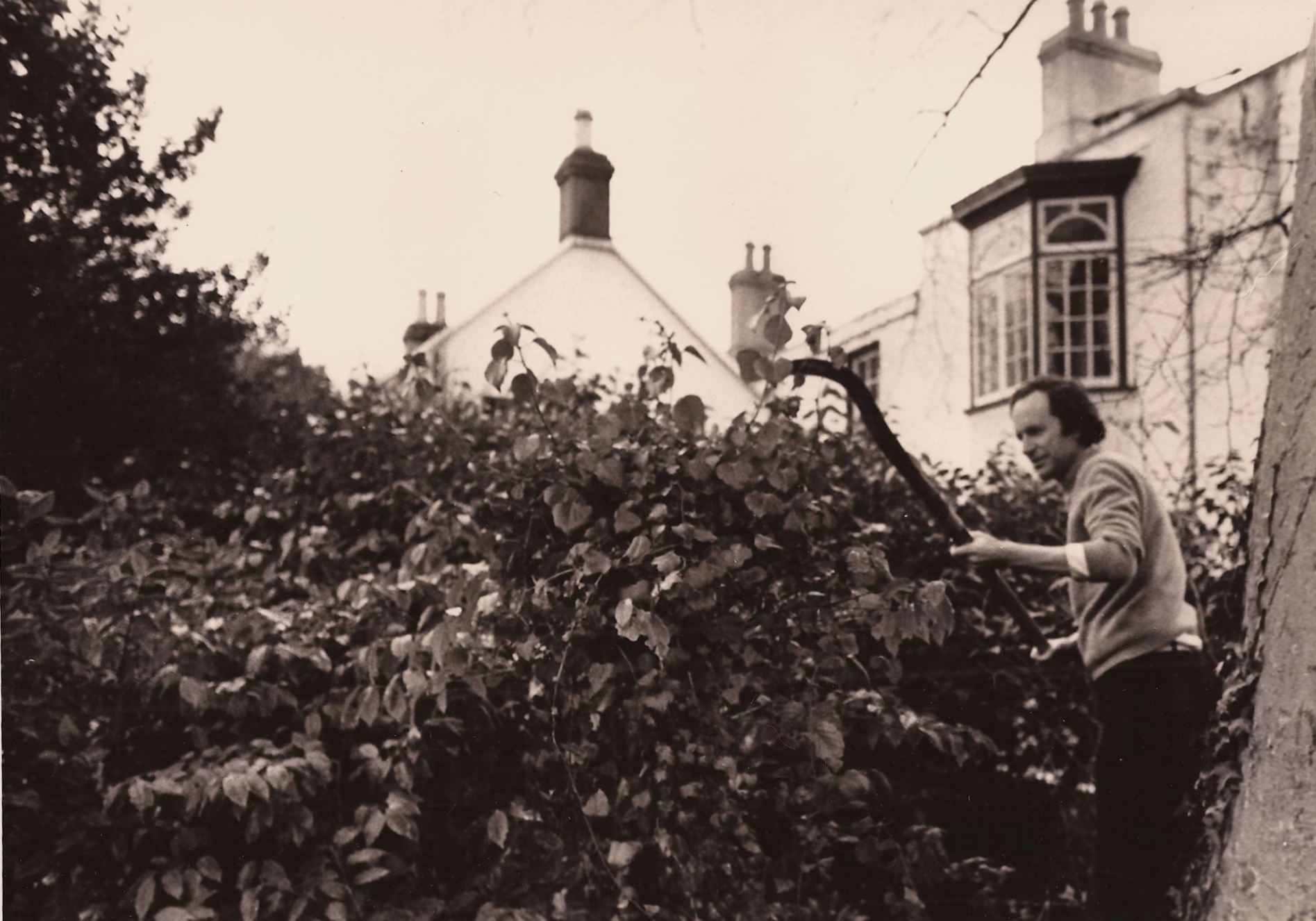 In 1973 a tiny staff of three people, headed up by Paddy, opened the door of Coolmine for the first time. Paddy founded our therapeutic community in 1973 to help his then girlfriend, singer Marianne Faithful and others in Ireland suffering with addiction. He introduced a holistic approach to addiction recovery to Ireland.

“A girlfriend of mine, the singer Marianne Faithfull was trying to quit her drugs habit. She was trying so hard to get everything sorted out. She was seeing a psychiatrist and was being given alternative drugs to help with the dependency. She was really really struggling in herself. And it just didn’t make sense to me that she was being given more drugs to help with an addiction.

“Life is about challenges, I really think so. People respond to challenges, because they have to. A friend of mine suggested that I research alternative means of help and I spoke to Dr Michael Kelly who ran the Jervis Street Drug Centre. He said not much was known about recovery methods in Ireland in 1971 and he suggested I go to London.

“So I headed over to London and, while I was there, I was told about a drug-free community which was a rehab community in California were there was an emphasis on self-examination and group talk therapy sessions. The community was started by addicts themselves. As soon as I started to read the book on Synanon, as it was called, I knew this was what we needed to do. It was so different and so extraordinary. And it worked.

“Phoenix House in London was a therapeutic community based on similar teachings – they used group psychotherapy sessions that were hard-hitting but also compassionate. We’re all defensive about our private lives. But if you are an addict then being open can be a matter of life and death. You can’t be evasive.

“I got back to Ireland and started working out how to get something similar up and running here. Professor Ivor Browne was programme manager within the eastern health board. He was a very forward-looking man. Having met him he said to me, “if you can find the staff to introduce the therapeutic programme I will get you a house.” In time I found the staff, Brian Delaney and Jackie Ballard and when I rang him the very next day we had a house!

“Initially our clients were referred from the methadone clinic on Jervis Street. We were three staff members which in retrospect was far too few. At any given time, in the initial stages, we had four to fifteen residents. We didn’t know what the community was going to become.

“When I sit here in Coolmine today, or any of the recent times that I have visited, it is with amazement and pride. It is a place that has meant so much to so many people. And it has saved people’s lives. The most incredible thing for me is that, at its heart, the idea of the original programme is still there. It’s a place, I think, with integrity. And the holistic approach is still at its centre. That, I cannot believe. And of course, the staff are the most dedicated group of people you could wish for. I’m very proud.” 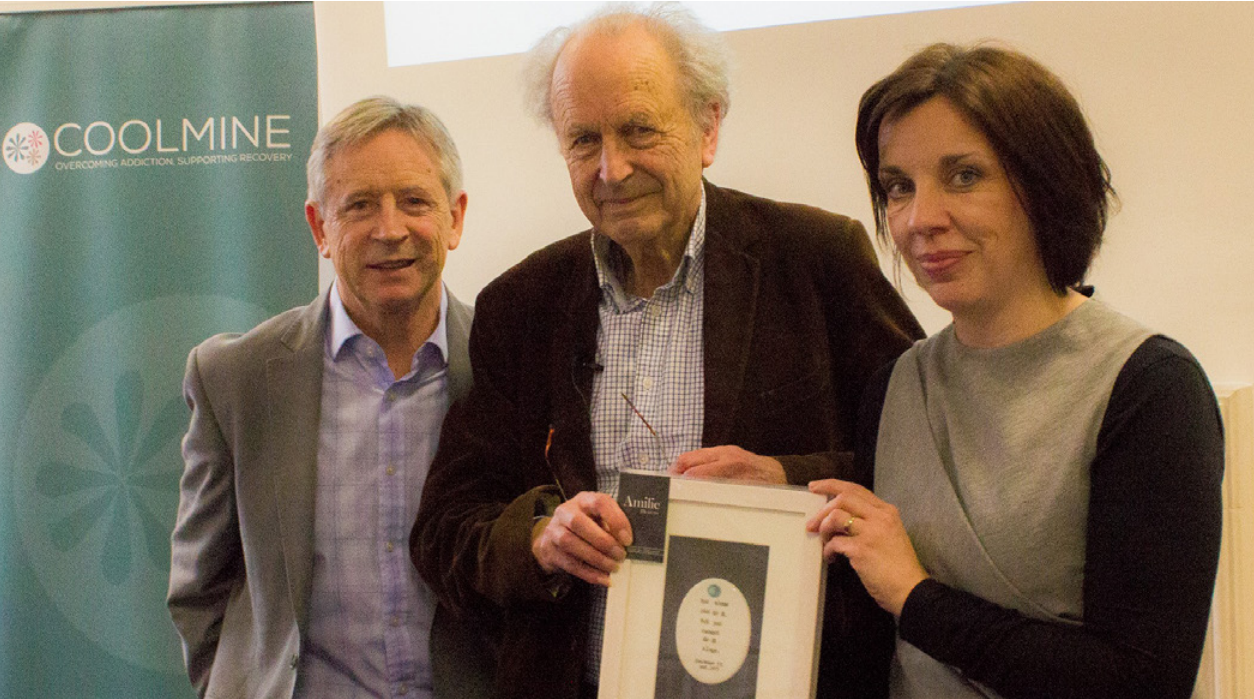 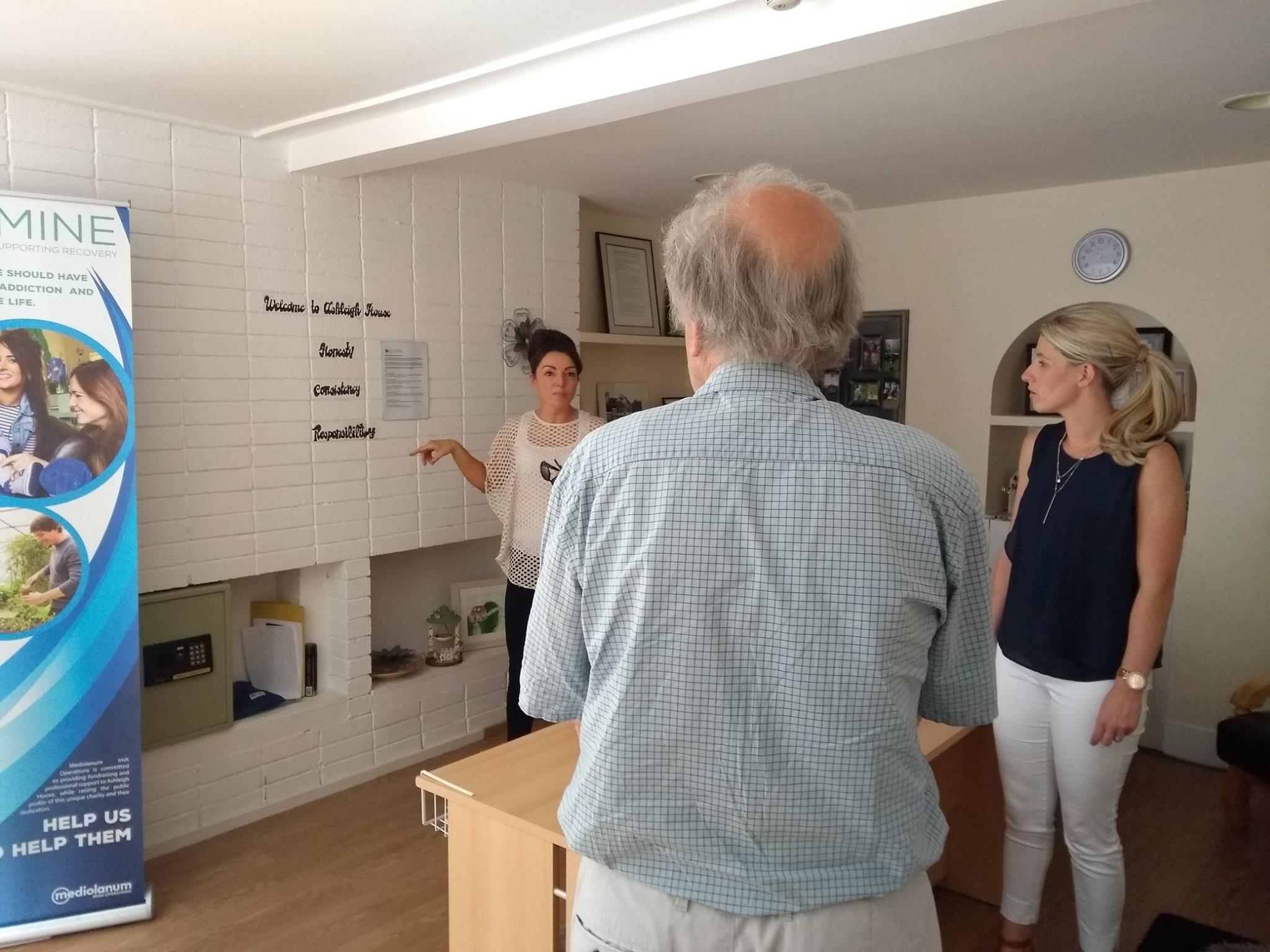 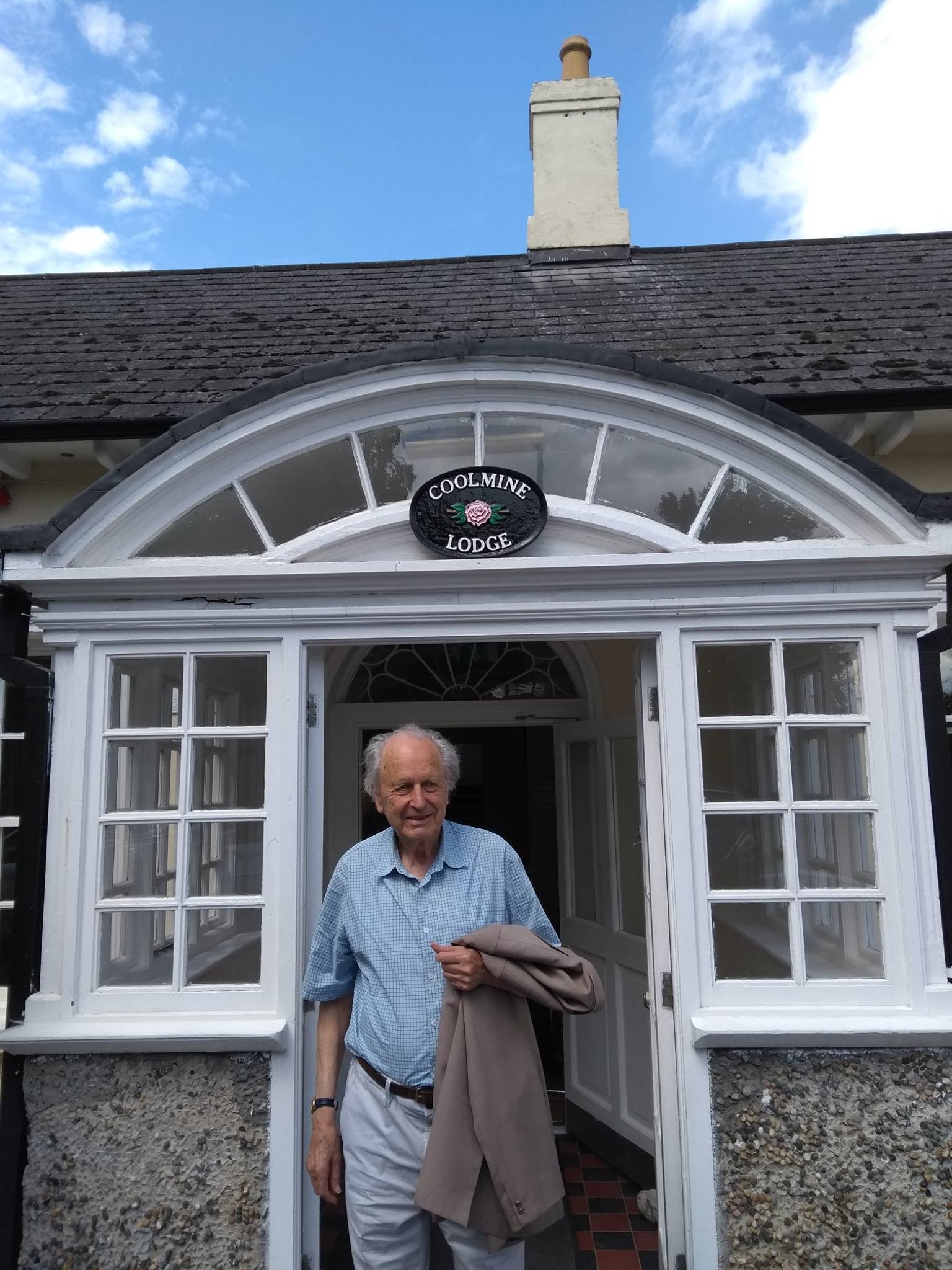 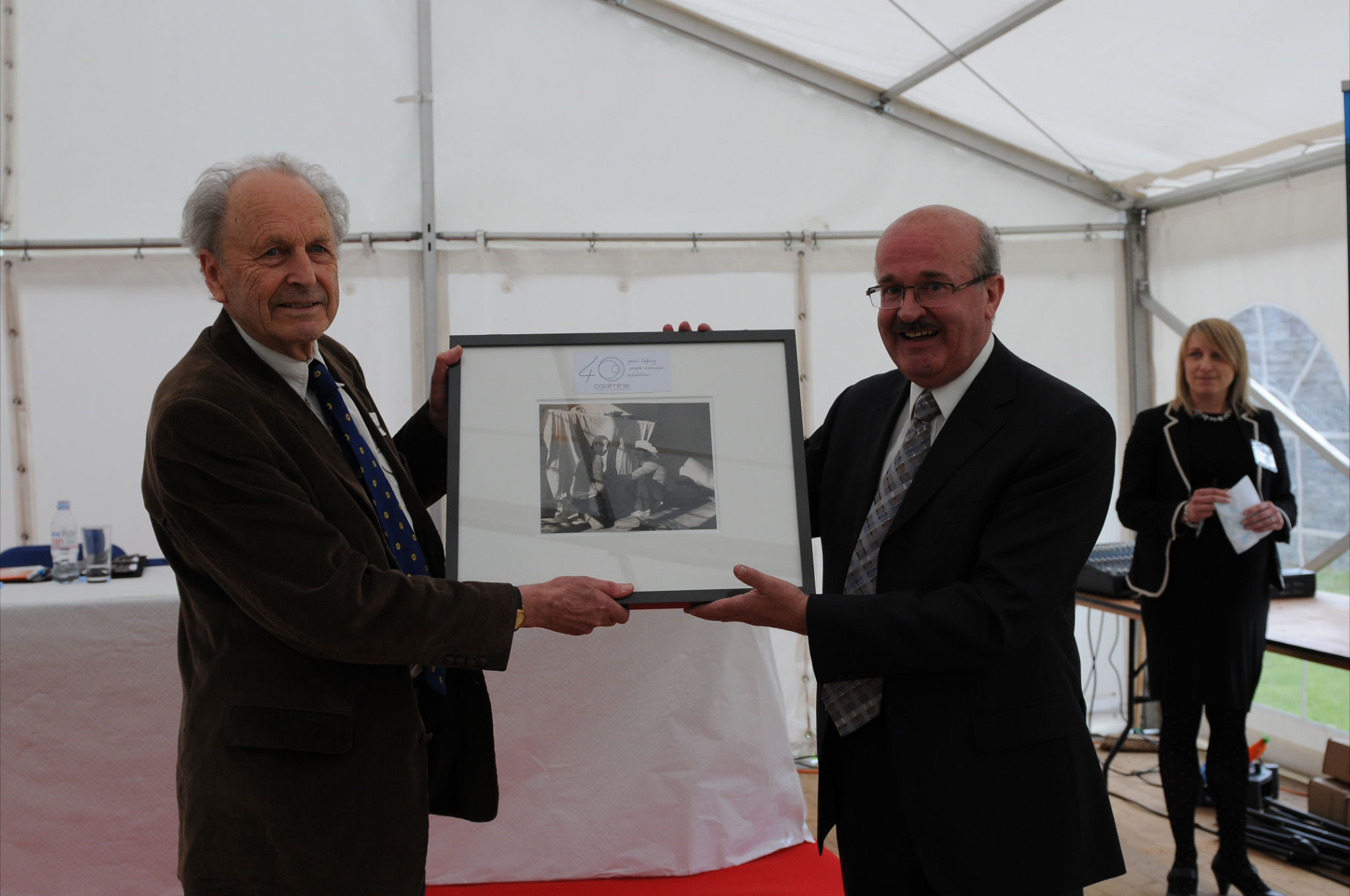 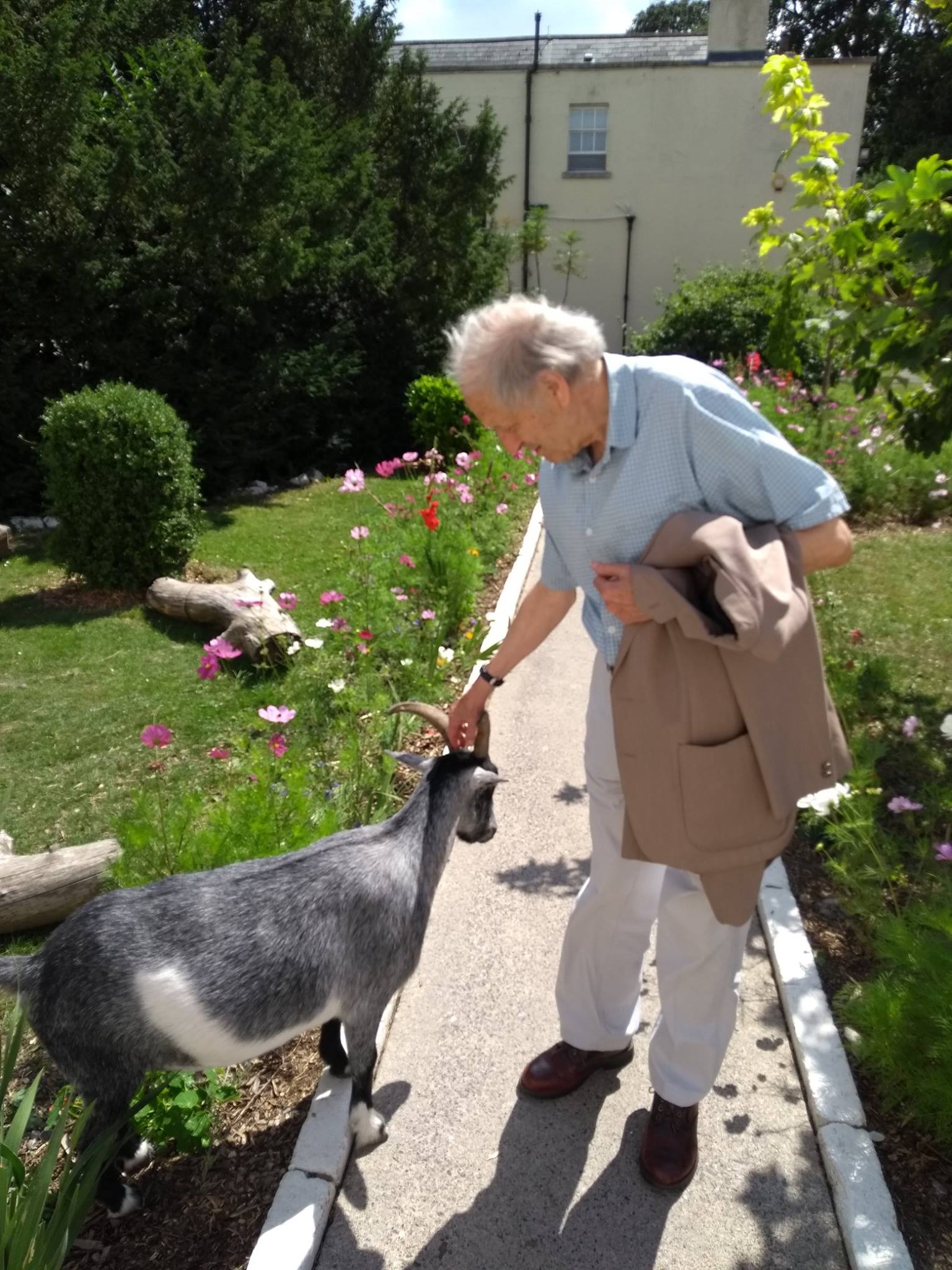 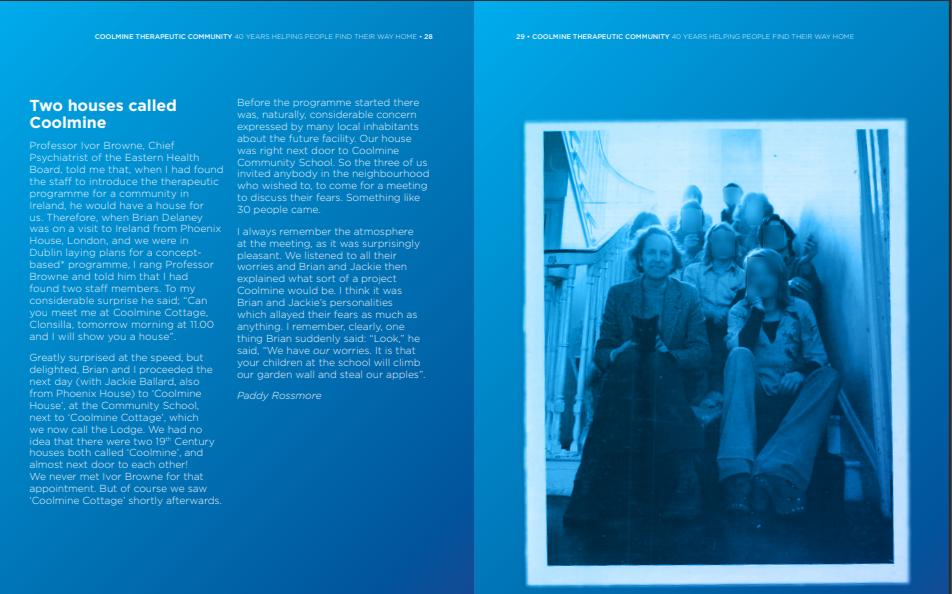 Close Menu
We use cookies on our website to give you the most relevant experience by remembering your preferences and repeat visits. By clicking “Accept”, you consent to the use of the selected cookies. However you may visit Cookie Settings to provide a controlled consent.
Cookie settingsACCEPT
Manage consent

This website uses cookies to improve your experience while you navigate through the website. Out of these cookies, the cookies that are categorized as necessary are stored on your browser as they are essential for the working of basic functionalities of the website. We also use third-party cookies that help us analyze and understand how you use this website. These cookies will be stored in your browser only with your consent. You also have the option to opt-out of these cookies. But opting out of some of these cookies may have an effect on your browsing experience.
Necessary Always Enabled
Necessary cookies are absolutely essential for the website to function properly. These cookies ensure basic functionalities and security features of the website, anonymously.
Functional
Functional cookies help to perform certain functionalities like sharing the content of the website on social media platforms, collect feedbacks, and other third-party features.
Performance
Performance cookies are used to understand and analyze the key performance indexes of the website which helps in delivering a better user experience for the visitors.
Analytics
Analytical cookies are used to understand how visitors interact with the website. These cookies help provide information on metrics the number of visitors, bounce rate, traffic source, etc.
Advertisement
Advertisement cookies are used to provide visitors with relevant ads and marketing campaigns. These cookies track visitors across websites and collect information to provide customized ads.
Others
Other uncategorized cookies are those that are being analyzed and have not been classified into a category as yet.
Powered by